Braskem is a global petrochemical company, with the purpose of improving people’s lives by creating sustainable  chemical and plastic solutions.

The Company is the market leader in thermoplastic resins (polyethylene, polypropylene and PVC) in the Americas, the largest producer of polypropylene in the United States and the leader in the production of polyethylene in Mexico. It occupies an outstanding position among the major global producers and operates with the prospect of being among the largest organizations in the petrochemical sector in the world.

Braskem’s business model integrates basic chemicals and polyolefin operations, which allows for greater operational efficiency in this part of the chain. The chemical operation is responsible for the business cycle related to the production of basic raw materials such as ethylene and propylene, which are fundamental for the polyolefins operation, which produces thermoplastic resins such as polyethylene, polypropylene and PVC. Braskem’s operations are organized into the following operating segments:

Braskem is a global Company and its operations are divided as follows: 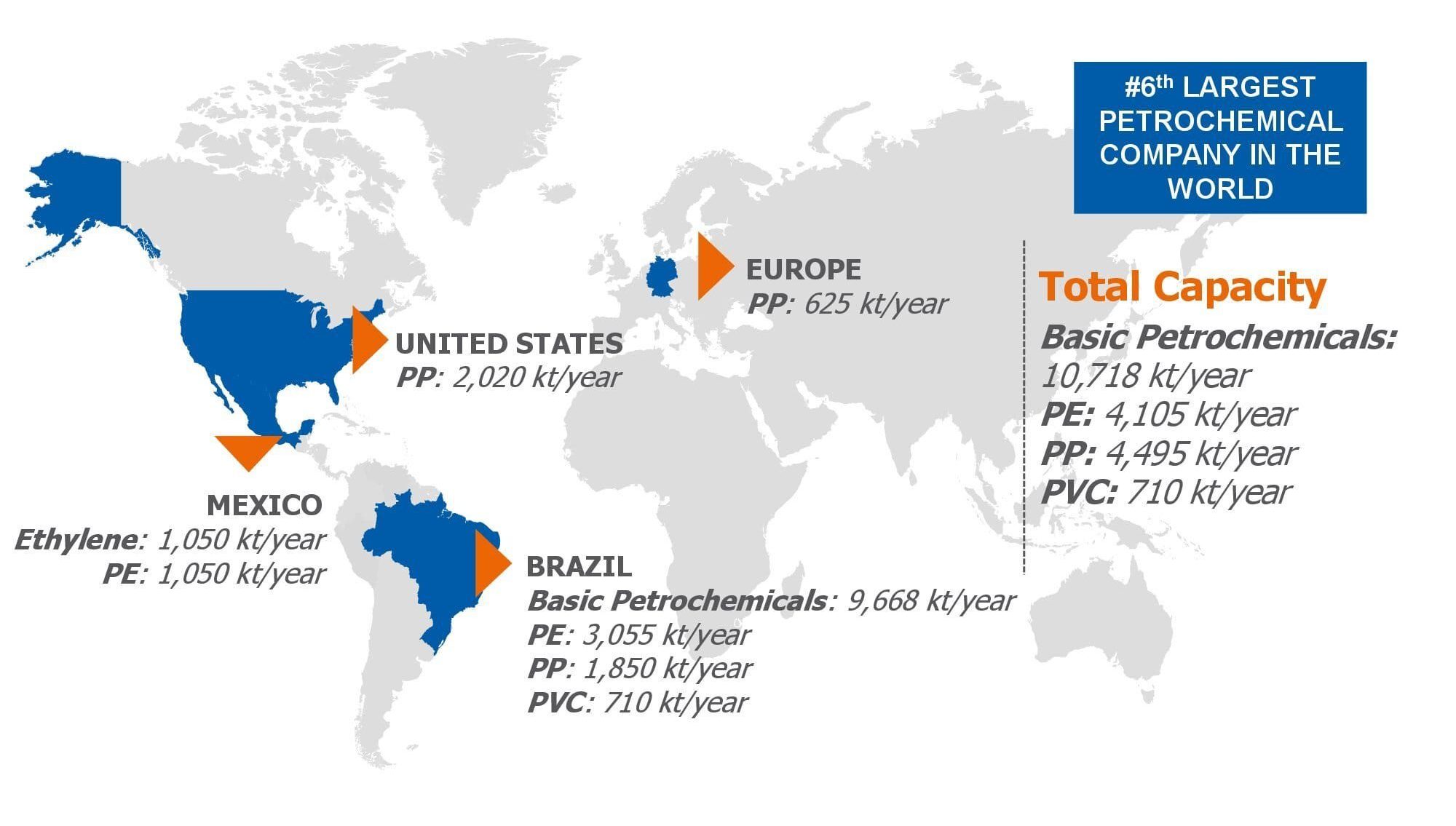 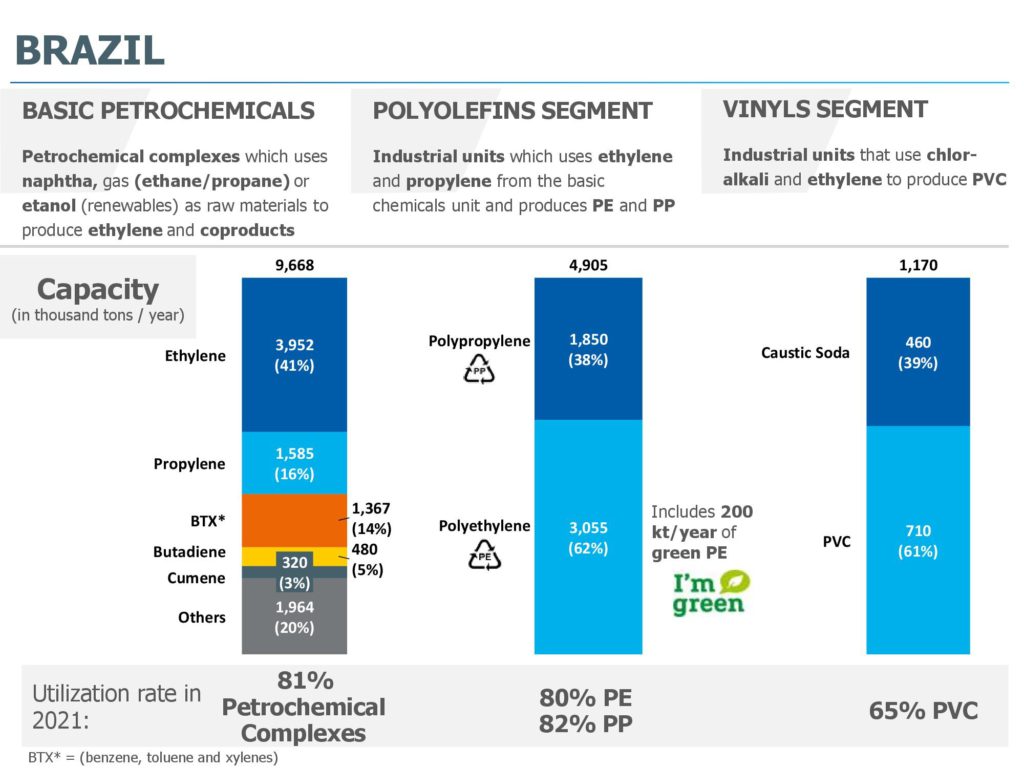 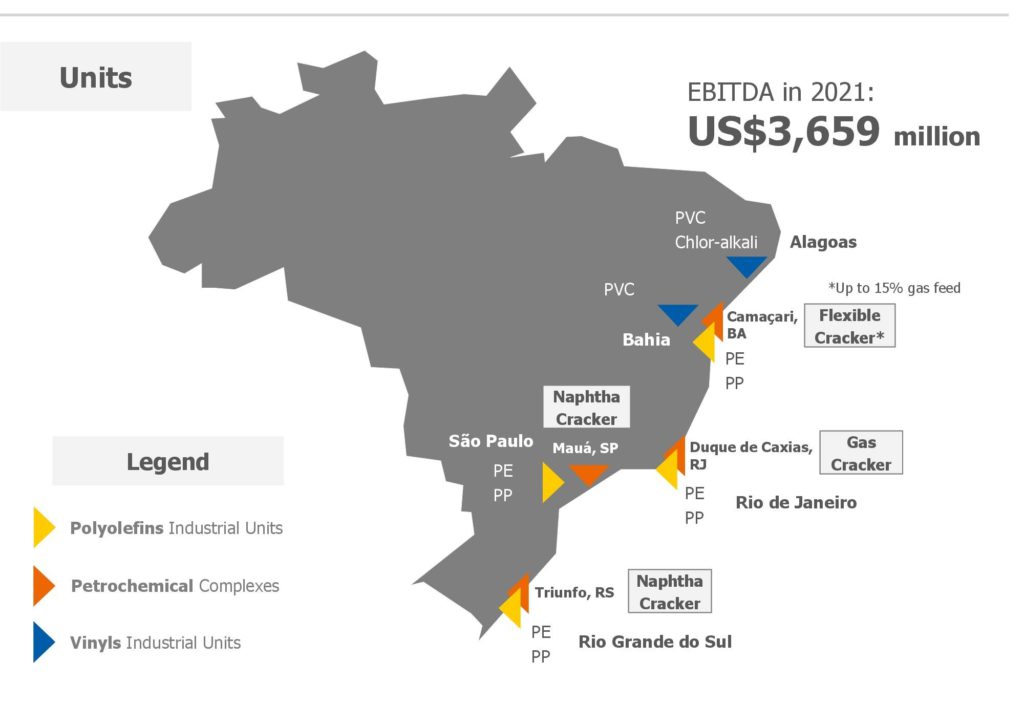 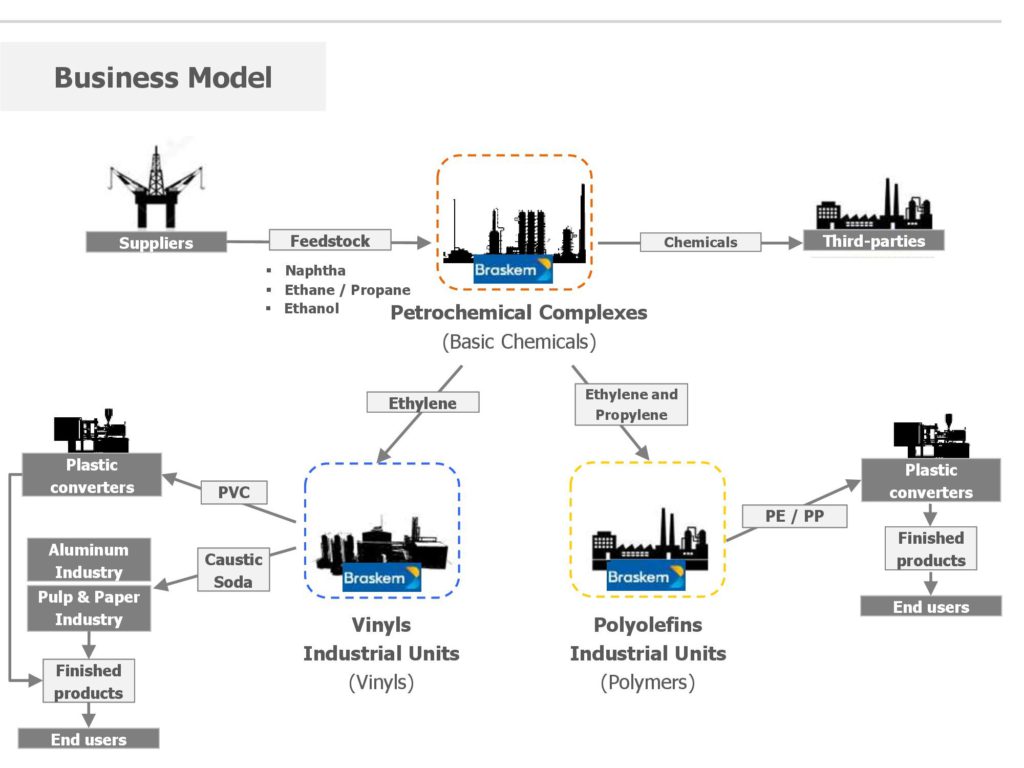 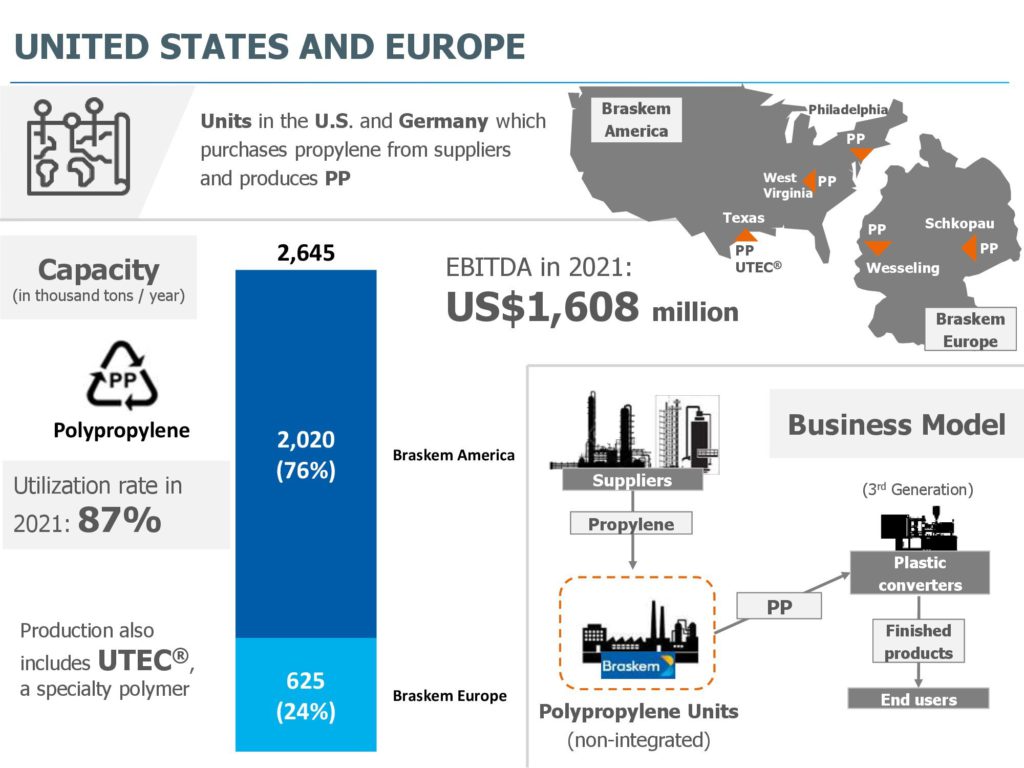 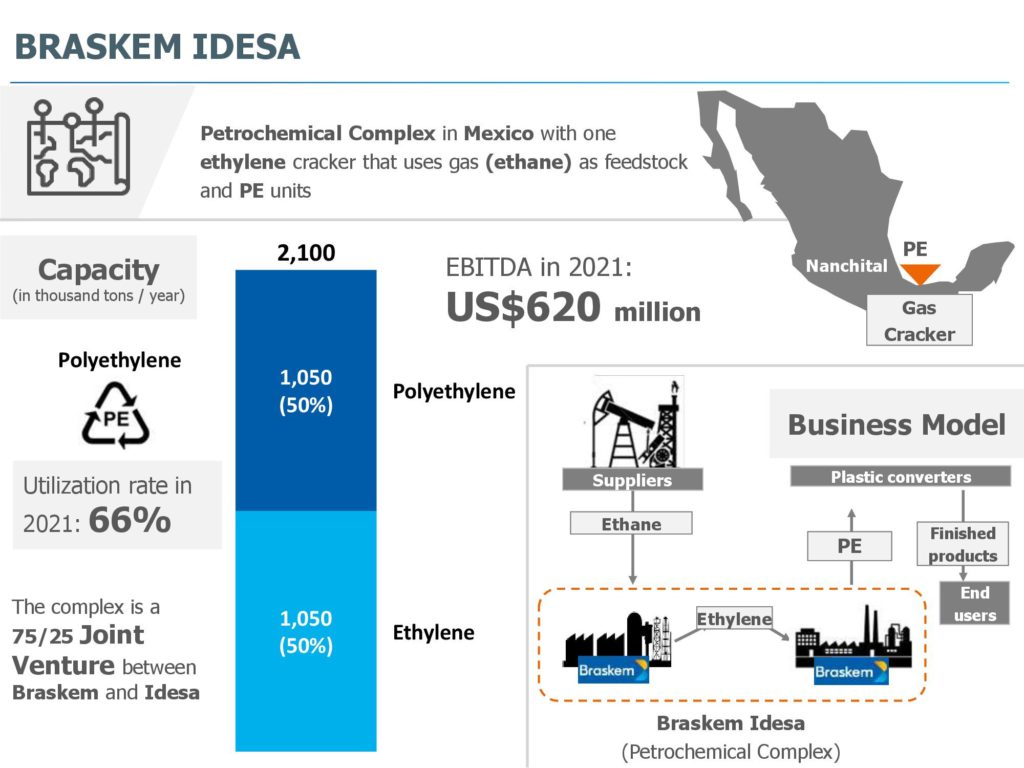